"This will be a day long remembered!" 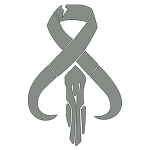 Stay up to date with the latest Jace Wars news!

The Blight Are Coming!

Streets have been emptied, government mandates have been executed and the world as we knew it has literally come to a standstill.  No this is not a plot to some awesome, fictitious storyline for an upcoming movie or book, but rather it is the world we have found ourselves in for the past two years.  Though it is easy to focus on all of the negative aspects the Pandemic has provided, we at Jace Wars take great pride in defying the odds and finding the good in every situation.

When things are most quiet for Jace Wars, it can only mean one thing….lots of work behind the scenes!  For the past two years, our Founder, Aaron Russell reunited with his artistic friend, Shane Kirshenblatt and new team member Arnold Trinidad, to begin work on Volume 2 of our ground breaking Comic.   Though the process has taken a little longer than they would have liked, the end product is truly a sequel that they feel not only adds but surpasses the original in all aspects.

Issue 1 was left on a cliff-hanger once Jace and Gigi assembled their crew and promised to take their fight to Tuma the Hutt.  Because the story mimicked so many aspects of Jace’s real life journey, the ending was purposeful as we felt our fight against childhood brain tumours will never be over hence the open ended conclusion to the book.  Feedback was astounding and beyond our wildest imaginations.  Countless messages requested to know what happened so we knew we had to write a sequel and in true Star Wars style, we decided to make it a trilogy.

The story takes place several months after the original with Jace, Gigi and their crew doing everything they can to help stop the vile Tuma The Hutt from tightening his grip of the poor souls he manipulates to do his bidding.  Rumor has it that he has become so obsessed with Jace and Gigi that he has contemplated assembling his captains, The Blight to put an end to his problem once and for all.

With a digital release hoping to come by the end of January 2022 and a hard copy release to follow in February, the art team is very excited for you to indulge in their work.  Orders are now open and will continue to be so until February when the print order will be submitted.  Issues are $20.00 each and $5.00 for the newest print.  Contact Jace Wars via email at jacewars@gmail.com or our website or facebook page to secure yours today.  The stakes have been raised, but can our heroes rise to meet them?  Only one way to find out!

I have been meaning to gather my thoughts these past few days since Jace’s great news, but it has been challenging as I still find myself in a state of shock. With that said though, I think we owe it to our Jace Wars family to write something as a way to say thanks to everyone who has joined our family throughout our journey this past decade. I really don’t know if we could have gotten through it all without your constant love, prayers and positivity. You are all our extended family and we are so thankful for your love and support. To the amazing staff at McMaster Children’s Hospital…how can we say thank you for giving us one of our greatest gifts. There are no words though we will try none the less. We will forever be in your debt or as the Wookiees call it a “Life Debt!”

And just like that, it has come to an end as abruptly as it began. The past few days, the words FILE CLOSED, PATIENT RECOVERED play out in my mind over and over. I find myself still trying to wake from a dream. This past decade has proven to be daunting and exhausting, yet at the same time exhilarating and rewarding. At the end of every scan and test, we would breathe a sigh of relief, give thanks for how lucky we were then proceed with planning for the next steps; that is until now. Now there are no next steps. Of course our journey continues with McMaster with academics and assessments but in terms of Jace’s health, he is graduated from McMaster’s care. With those words spoken by our team of physicians, a weight I never even knew I had been carrying was instantly lifted. Though, I am still filled with an irrational sense of fear that I don’t believe will ever leave me, it is now accompanied by a voice telling me it’s over, your son made it.

To be a parent means to be protective and for a long time I feared I had failed my son because he had to face this alone. Though we were always there along with many others showing love and positivity, it was ultimately up to Jace and Jace alone to conquer his challenges and that he did. It broke my heart watching him struggle, having to relearn how to walk, how to talk, how to adapt using his hands and the countless struggles he continues to face. Though, those challenges will always be present, the sadness is now subdued by an awe inspiring aura that this amazing individual gives off. A boy who refused to let his life be impacted. Not once did he ever not try and has always found a way to not only embrace every challenge before him but also surpass it. He is and will always be my hero. Thank you all! Much love!

10 Years Since the Night That Changed Everything!

February 5 th /2021 marks the tenth year anniversary of the event that would end up changing our lives forever… the one. Though we were always there along with many others showing love and positivity, it was ultimately up to Jace and Jace alone to conquer his challenges and that he did. It broke my heart watching him struggle, having to relearn how to walk, how to talk, how to adapt using his hands and the countless struggles he continues to face. Though, those challenges will always be present, the sadness is now subdued by an awe inspiring aura that this amazing individual gives off. A boy who refused to let his life be impacted. Not once did he ever not try and has always found a way to not only embrace every challenge before him but also surpass it. He is and will always be my hero. Thank you all! Munight Jace was diagnosed with a brain tumour and had an emergency surgery to save his life. Milestones like this have always presented an opportunity for reflection and I would be remiss if I did not address our Jace Wars Army on this important occasion. This anniversary is incredibly special because ten years is a long time and we have come a very long way both as a family and as an organization. Jace continues to meet adversity head on, on a daily basis. Thinking about his little body fighting for his life in the hospital and being able to watch him get stronger each and every day, literally pulling himself up and relearning almost everything is nothing short than a miracle. Though our tears have never went away, they have changed from sadness to joy. Whether it is with his learning in school, or physical obstacles, the boy does his best and refuses to give up. Watching him ride his bike when we were told he would probably never be able to balance on one leg is a reward beyond description. His perseverance and positivity are truly gifts we can all learn from. Although it is our job as parents to set a good example for him and Gigi to look up to, it is often we who look up to them and their amazing attitudes as an example to model. As for Jace Wars, we are still amazed that something so incredible was cultivated from the darkest moments of our lives. Though technically in our ninth year as Jace Wars began a year after the surgical event occurred, we have achieved far more than we could have ever imagined in our wildest dreams. We are extremely proud that our family has been allowed a vessel to transform all of our fears and pain into hope and love, and we have only been able to do that because of all of you. Jace Wars has allowed our tragedy to become a catalyst for change in our fight against childhood brain tumours. With your help, we have been able to build a platform for individuals from all walks of life to connect under a common banner not only to support us but also others facing childhood illness. Our community is the perfect example of the power of positivity. Though I would be lying if I didn’t say there were some dark times but with your encouragement, we were able to overcome them. Because of your continued support, love and passion we have generated well over $70,000.00 for various childhood charities including but not limited to Ronald McDonald House South Central Ontario and McMaster Stem Cell & Cancer Research Institute. Our items have been included in the Star Wars Museum and we have had a featured in a story in Star Wars Insider. We have met countless cast members and even transformed our own journey into an adventure set in a Galaxy far, far away to educate and inspire a new generation. In some ways it’s incredibly hard to believe it’s been so long as the events of that night are still so vivid in our minds. It feels like a fresh wound, still needing to be healed, though I doubt it ever will be. Certain moments feel like it happened mere minutes ago and though the specifics have faded, the feelings have only intensified. But our outcome is the best, one could have hoped for and these scars are simply the price we have to pay. Though we still have a lot of work to do, we are honored and grateful to all of you for sticking by our side and supporting our little man as he grows. What the future brings, we cannot predict, but rest assured we will do everything in our power to continue our mission of fighting childhood illness throughout the Galaxy. Thank you for being a part of our journey and joining our fight!

Jace Wars is a community; it’s a support; it’s a way of life; it’s love; it’s family.  Jace Wars is HOPE! Thank you all!